Maternal Health in Pakistan: Where do we stand?

Pakistan ranked amongst sixth most populous country in the world given the current rates;it will be the fifth most populous country globally by 2050.1This rapid population growth leads to poor literacy and high fertility which translates into high morbidity and mortality, where women being the most vulnerable fragmentin healthe specially.1,2 Maternal mortality and morbidity area major challenge that shows health inequalities and social injustice. In this modern era of medicine, almost all maternal deaths should have been prevented. Pakistan is one of the six countries which together contribute to 50% of global maternal deaths.2 High maternal mortality (177/100,000 live births) in Pakistan indicates neglect of women health as well as in-effective and insufficient obstetric services atthe primary care level.3
The most significant approachto improve maternal health involves training and availability of skilled birth attendant in both publicand private sector. Data retrieved from developing countries show that only 44% of deliveries in rural areas and 75% in urban areas were attended by skilled personnel.4 World Bank in 2015 reported a negligible maternal mortality ratio in developed countries. These include 3/100,000 live births in Greece, 4/100,000 in Austria, 5/100,000 in Japan, 6/100,000 in Germany, 7/100,000 in Canada, and 9/100,000 live births in UK, respectively.5
Now question arises what miracle industrialized world has done to achieve the optimum level of maternal health. Research shows MNCH has been a priority public health problem for decades. Since 1990’s, the industrialized nationhas adopted important strategies to reduce maternal and childhood morbidity and mortality,6these are in line with the renewed Global Strategy for Women’s, Children’s and Adolescents’ Health (2016–2030).6
Initially the main initiative has focused on access to health care services and enhancing the number of births in health facilities, at the same time increasing the births attended by skilled healthcare professionals. Moreover, access to vibrant Primary Health Care with well-established and effective linkages with tertiary care services for provision of quality obstetric care at the time of need, thus giving importance to the quality of care received.
In Pakistan, Lady Health Worker Program (LHWP), was launched during early 1990s, with community involvement and awareness regarding basic issues of health and family planning. This program strengthened the primary care facility and had significantly improved Maternal Neonatal, and Child Health (MNCH) status.2,3 According to a recent survey in Pakistan,86% of women received antenatal care from a skilled provider, 51% of women had at least four antenatal care visits, 69% women were protected against neonatal tetanus, 69% of deliveries were conducted by skilled birth attendants, and 66% of deliveries took place in a health facility.3
In spite ofall these efforts, Pakistan was held up behind in achieving the health-related Millennium Development Goals (MDGs),7 particularly Goals 4 and 5. Being a signatory of the Sustainable Development Goals (SDGs) 2015-2030, which would need even greater efforts than those employed for the MDGs, the Government of Pakistan developed a monitoring and evaluation mechanism for the National Health Vision 2016-2025. The resulting agendaand plan is linked and collaboratedwith the Planning Commission of Pakistan for SDG reporting, through a hierarchy based reporting system which is fed by the provincial and local health departments for translation of policies to action.8
The urge to improve maternal, newborn and child health in Pakistan is only fulfilled successfully whenthe senior leadership ismindful about the significance of these investments for national progress. Moreover evidence shows the key to success is provision of timely quality obstetric care through empathetic and compassionate health care professionals.6,8
It is a serious matter that requires urgent attention and action through concentrated and direct efforts, enhancing multi-sectoral collaboration, acquiring commitment from the elected representatives, the civil society, researchers, clinicians and public health experts. All stakeholders will have to play a significant role in improving the current maternal health situation in the country. 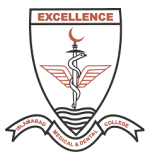 An official publication of Islamabad Medical and Dental College.