Objective: To explore the acute effect of insulin on airway reactivity of guinea pigs and protective effects of sodium cromoglycate against insulin induced airway hyper-reactivity on isolated tracheal tissues of guinea pigs in vitro.
Subjects and Methods: Effects of insulin (10-7- 10-3 M) and insulin pretreated with sodium cromoglycate (10-6 M) were observed on isolated tracheal strip of guinea pig (n=12) in vitro by constructing cumulative concentration response curves. The tracheal smooth muscle contractions were recorded with Transducer on Four Channel Oscillograph. Results: Insulin produced a concentration dependent reversible contraction of isolated tracheal muscle of guinea pig. The mean ± SEM of maximum amplitudes of contraction with insulin and insulin pretreated with sodium cromoglycate were 35 ± 1.13 mm and 14.55 ± 0.62 mm respectively. Cromoglycate shifted the concentration response curve of insulin to the right and downwards.
Conclusion: Sodium cromoglycate significantly reduced the insulin mediated airway hyper-reactivity in guinea pigs. So we suggest that pretreatment of inhaled insulin with cromoglycate may have clinical implication in amelioration of its potential respiratory adverse effects such as bronchoconstriction. 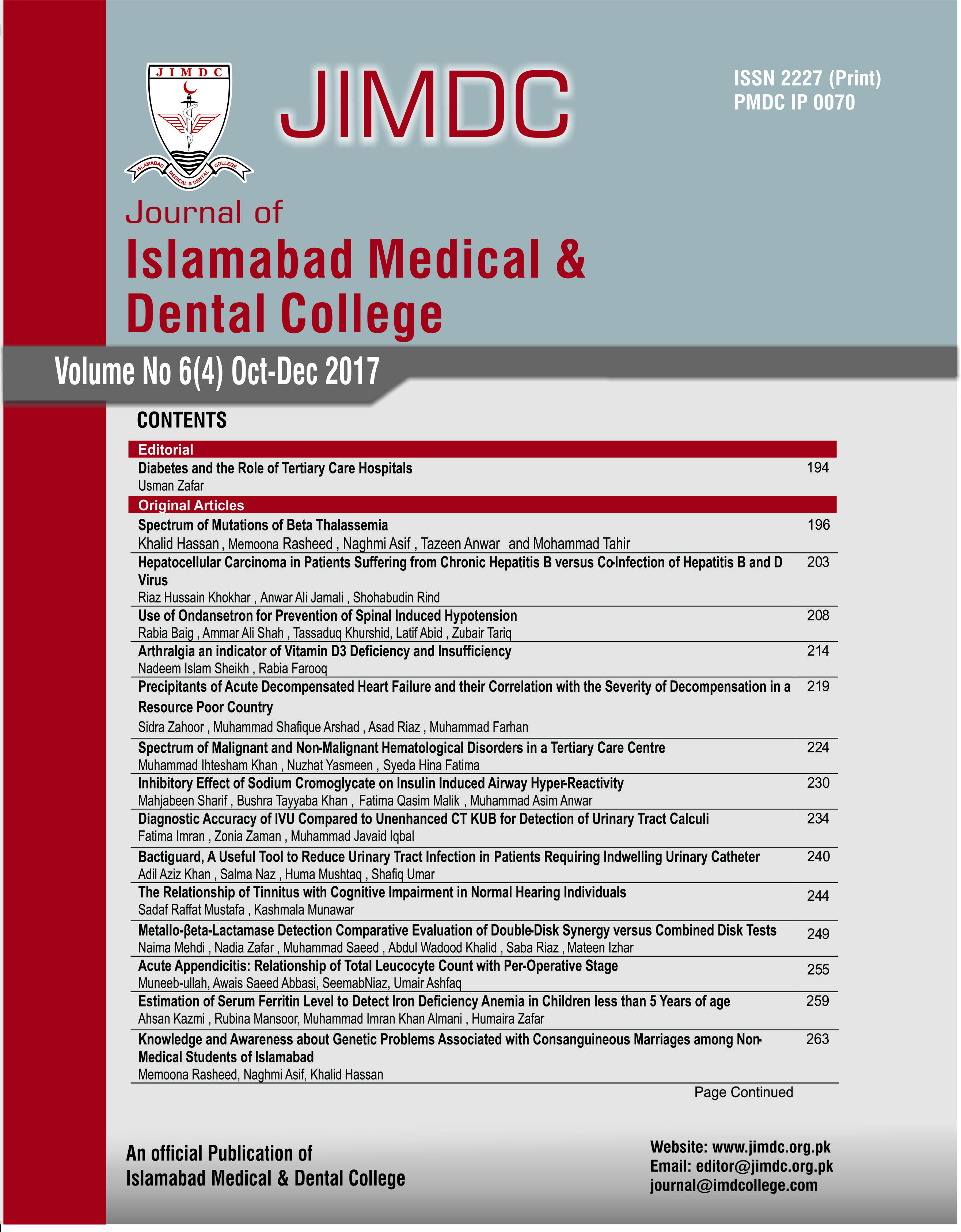