Background: Viral outbreaks have always been a challenging task for clinicians and Influenza virus has been on top of the list. The history of influenza epidemic reveals its devastating effects in the form of multiple deaths and economic burden. Hence this study was planned to recognize the peak activity time span of Influenza infection and its frequency in our set-up at Shifa International Hospital, Islamabad Pakistan.

Material and Methods: A cross sectional study was performed in Pathology Laboratory, Shifa international hospital Islamabad from April 2016 to March 2019. Nasopharyngeal swabs were collected from patients of all age groups, with clinically suspected influenza infection throughout the year, irrespective of gender, according to hospital’s standard policy. Samples were analysed on GeneXpert kit (Xpert Flu Assay). Data collected was entered and then analysed in SPSS version 17.

Conclusions: Influenza virus has peak activity in the months of January and February. Both Influenza A and B are circulating in the environment but Flu A is predominant and H1N1 is more prevalent. 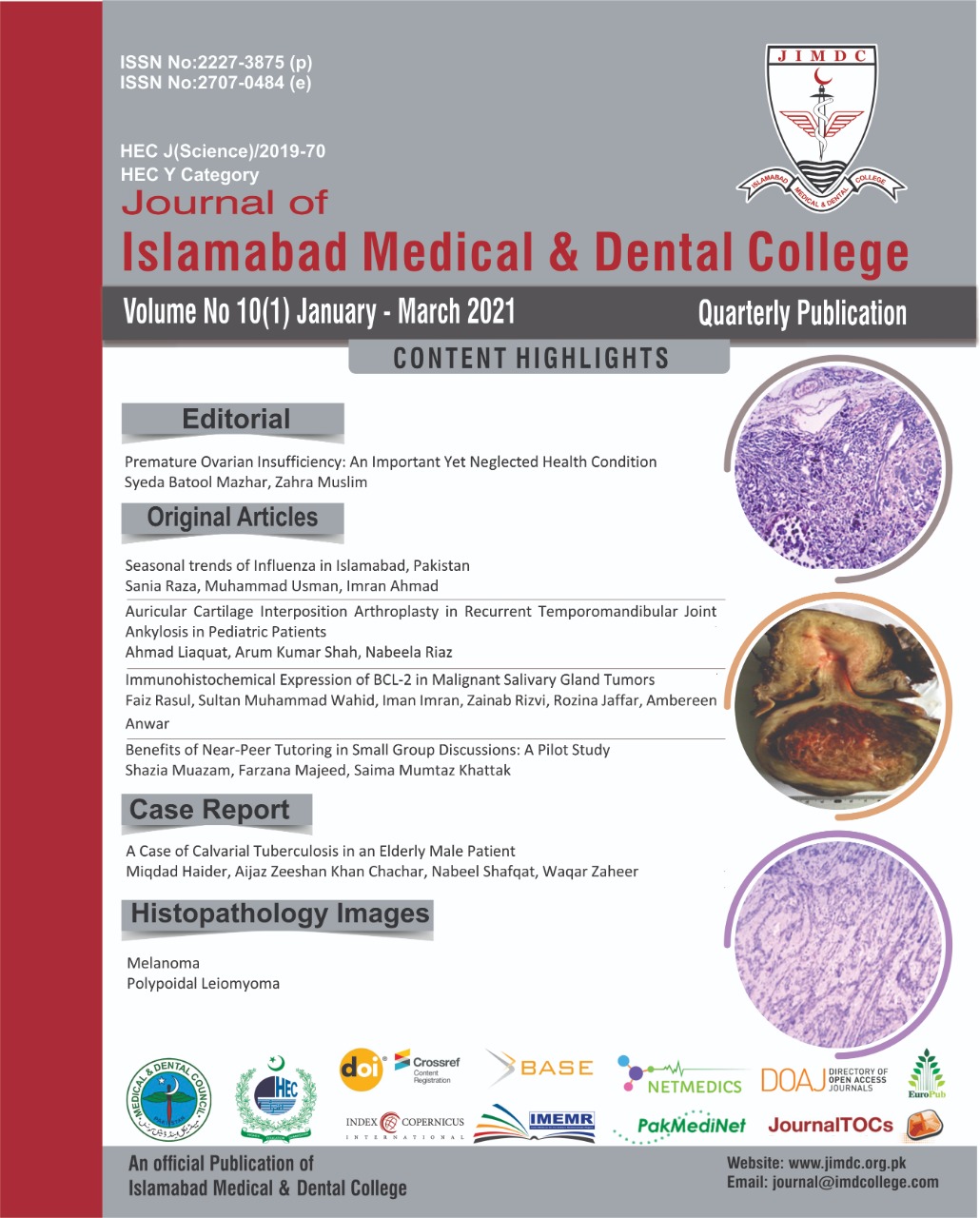