Introduction:   Mastalgia is a common cause of fear and anxiety in patients especially in south east asia due to high prevalence of  breast cancer . Mastalgia is one of the commonest symptom with which women consult a breast clinic.

Objective:  Aim of this study is to determine risk factors associated with   mastalgia,its association with   various breast disorders, and various  management strategies used for  its treatment.

Duration and place of study:  This study was carried out at CMH Rawalpindi  and Thall over a period of six months  from January  to July 2017.

Materials and Methods: All  women  presenting to breast surgery clinic with complaints of breast pain, heaviness, and tenderness were included in the study. Patients were initially evaluated  at the time of presentation, treatment initiated  and then were evaluated after six months of treatment.

Results: A total of 93 women  presented to our clinic during this period. Cyclical mastalgia was noted in 39.8% (n=37) women while 60.2% (n=56) had non cyclical mastalgia. In 41.9%(n=39) patients no underlying pathology was noted ,49.5%(n=46) patients  had benign disorders while 8.6%(n=8) had malignancy. Increased BMI ,lack of exercise were associated with onset of mastalgia while use of OCP was associated with low risk of mastalgia. Of all 45.1%(n=42) responded to measures like reassurance, dietary and lifestyle modifications while 54.9%(n=51) were treated with  pharmacological therapy .Those having malignancy were treated according to the underlying malignancy.

Conclusion:  Careful and thorough evaluation of mastalgia is necessary to rule out any underlying pathology. 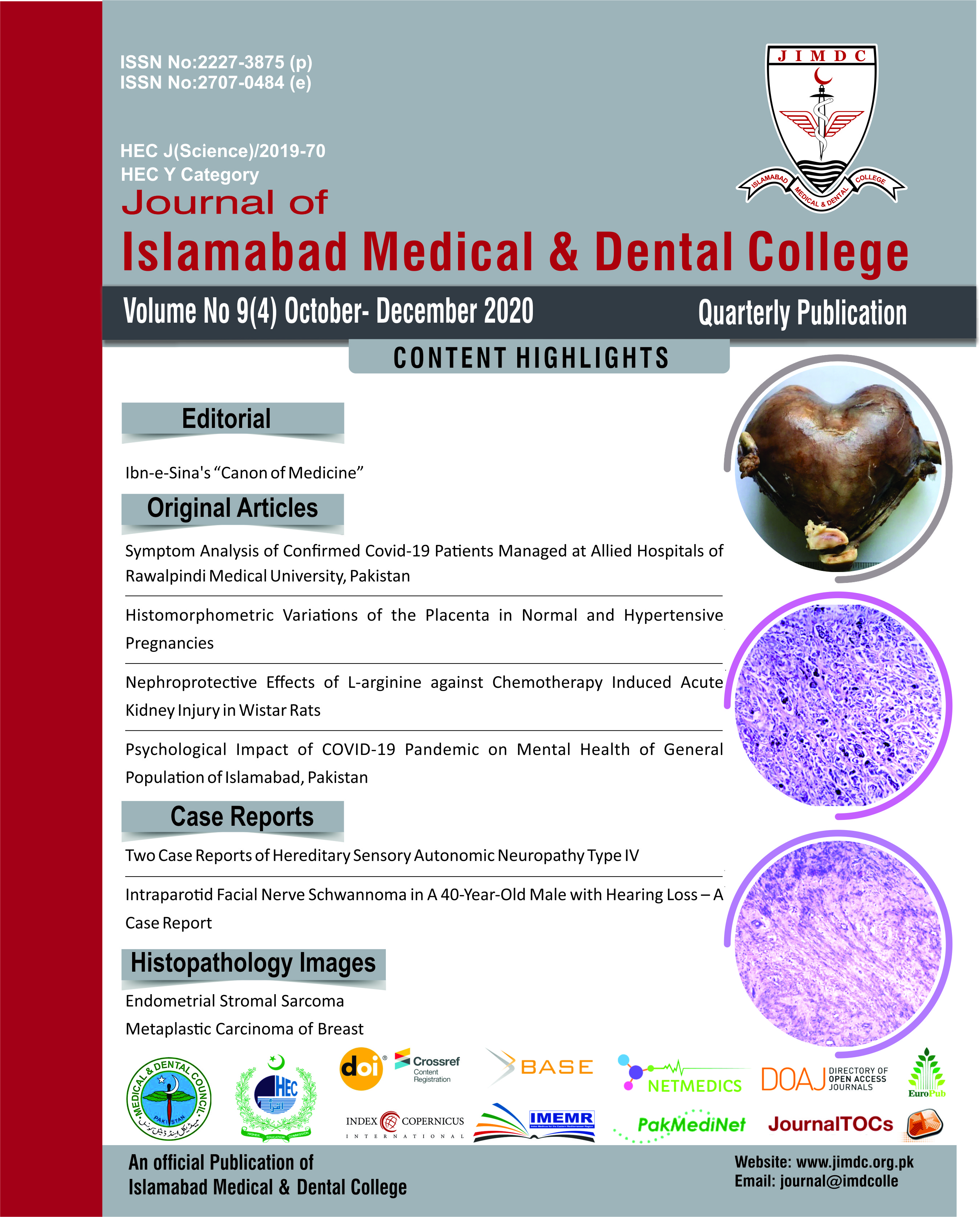