Evaluation of Clinicopathological Findings and Postoperative Outcomes of Modified Radical Mastectomy in a Tertiary Care Center in Lahore, Pakistan

Background: Modified radical mastectomy (MRM) remains the mainstay of breast cancer surgery in under-developed countries like Pakistan as it reduces the morbidity and mortality associated with radical surgery. This study aims to delineate the clinicopathological findings and postoperative outcomes of patients undergoing modified radical mastectomy for breast carcinoma in a local setting.
Material and Methods: This cross-sectional study was conducted in Gulab Devi hospital Lahore, Punjab Pakistan, from January 2016 to December 2019. Patients (n=70) with carcinoma breast planned for modified radical mastectomy were included in the study. Two suction drains were placed (in the axilla and under the flap) and removed when drainage was less than 30 cc in 24 hours. The patients were followed-up weekly for one month and then at monthly intervals for up to one year. Independent t-test and chi-square test were used to study associations between different variables. A P-value less than .05 was considered statistically significant.
Results: The mean age of the patients was 48.43 ± 12.3 years. Most of the patients (42.86%) had stage-II, grade-I carcinoma (50%) with invasive ductal carcinoma as the most frequent histological variety (80%). Majority of the patients (n=60; 85.57%) were ER/PR positive. Mean duration of surgery was 124.8 ± 20.33 minutes, the mean duration of drains was 3.5±4.5 days, and the mean length of hospital stay was 4.67 ± 1.07 days. Most common complications of mastectomy were wound infection (23.57%) and seroma formation (20%). Six (8.57%) developed recurrence of disease in one year follow-up. Neoadjuvant chemotherapy increased the mean duration of surgery and drains placement (P<.05) but had no effect on mean hospital stay and complications associated with surgery (P>.05).
Conclusions: Grade-I invasive ductal carcinoma with ER/PR positive receptor status was the most frequent variety of breast carcinoma. Neoadjuvant chemotherapy was associated with increased operative time and increased duration of drain placement. 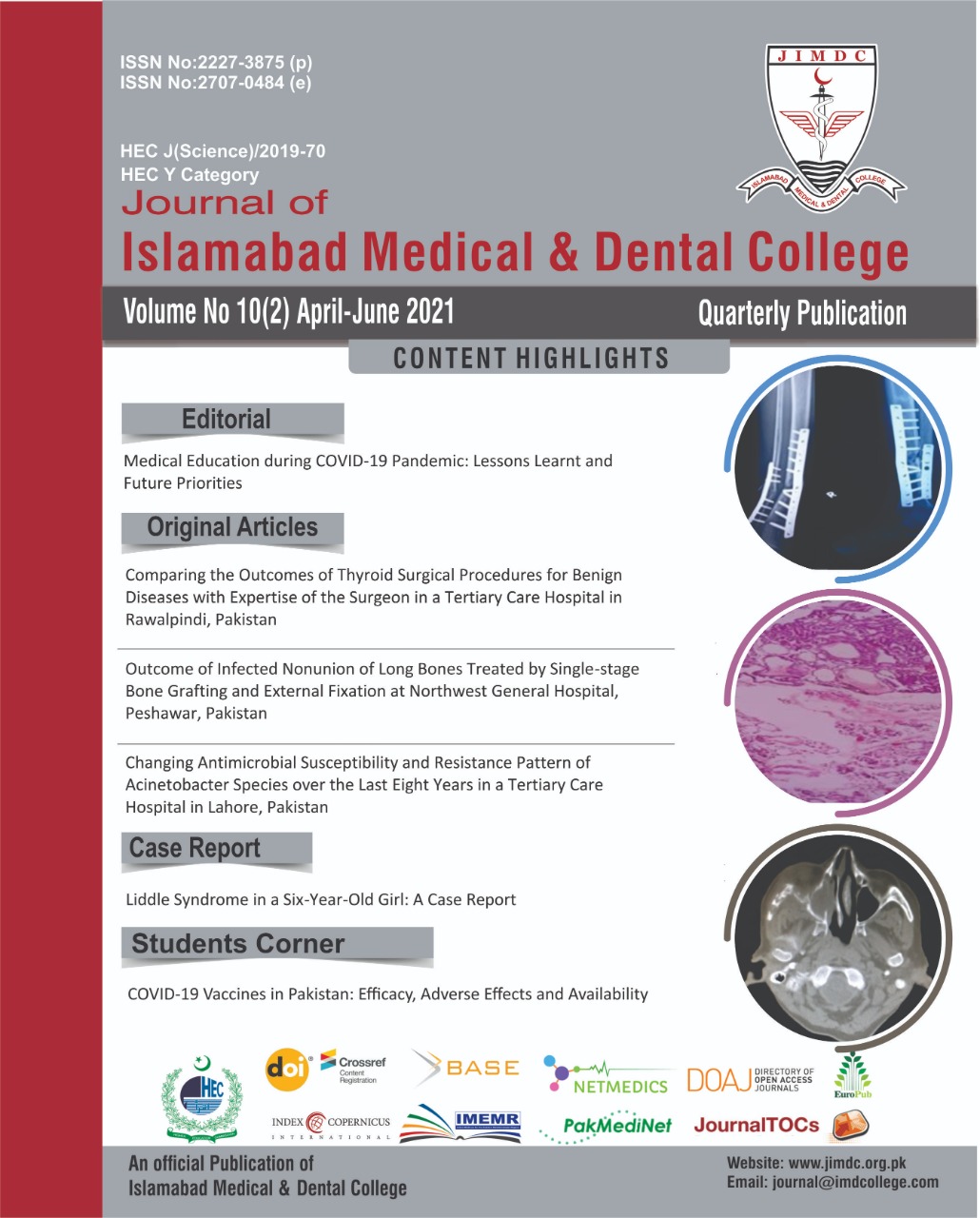